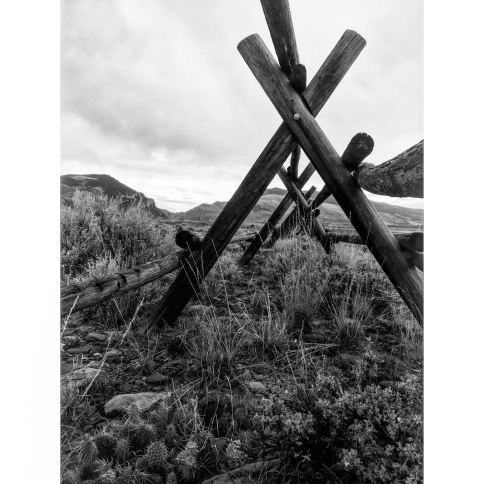 During the progress of my genes in this lifetime, I have come to realize the potential of greatness as well as the depths of depravity of the human species to which I belong: the beacons of civilization radiate hope & faith in the world, in contrast to the shadows of destruction & emptiness. Myths & creeds are heroic struggles to comprehend the truths of the world, though they are revealed as being timid & shallow as awareness of the universe expands.

I have know people of great wealth & compassion & others of equal wealth & power with no concept of the dedication to creative effort or the generosity of heart & spirit. I have known people of little means who have given so much to the world in the areas of art, science, and the simple situations of living, now and for the future. while only touching the fringes of environmental problems, I am happy to have been able to have had some small effect on the increasing awareness of the world situation through both my photographs & my vocal assertions. Far too many people think lightly of idealistic attitudes and do not understnad that this idealism is not involuted, but directed outward for the benefit of the world and the people living upon it. I believe the ultimate objective of life lies in creative and productive work; devotion to business and money, as ends in themselves, are but phases of a developing civilization.

In wisdom gathered over time, I have found that every experience is a form of exploration. Wandering over the windy sand dunes as a child was a venture of wonder and discovery, all taking place in little more than a square mile of intricate beauty. I can still recall the feeling and sound of sand and I shuffled through it, and the dine grass, shrubs, and flowers, all displayed in inviting disorder. In the early years I could only feel what I was experiencing. Later I could recall the visions and integrate them with daily life and events in the world of music and activity that were accumulating around me.

We all move on the fringes of eternity and are sometimes granted vistas through the fabric of illusion. Many refuse to admit it; some make mystical stews about it; I feel a mystery exists. There are certain times when, as on the whisper of the wind, there comes the clear and quiet realization that there is indeed a presence in the world, a nonhuman entity that is not necessarily inhuman. I believe we are born with an incredible program for our life to be, tucked away in a small cranium and pressing to grow and function.

I believe that whatever happens, such must be natural. It may be an occurrence beyond normal, rational explanation or it may simply be a construct of the mind. I have had some experiences that I cannot explain; I can only attest they are true and they baffle me. I sense a relationship between the inner-worldness of art and the outer-worldness of psychic experience.

The enormous complexity of the world leaves me little peace – curiosity kills complacency. If the sun is represented by a ball eight inches in diameter, the Earth would be about seventy-six feet distance. The nearest star would be thirty miles away. To read that the universe contains approximately ten to the one hundred sixtieth power particles is both exciting and completely beyond my comprehension. A rock, a plant, or a man may be considered an entity. The rock changes shape and structure over long periods of time, the plant can grow and flower within days or weeks, and man thinks he is an eternal species.

The subtle changes of light across a waterfall moved me as did a singular vista of a far-off mountain under a leaden sky. Others might well have not responded at all. Deep resonances of spirit exist, giving us glimpses of a reality far beyond our general appreciation and knowledge.

From my sleeping bag I witnessed an enormous glitter that was overpowering in majesty and mystery. The greater information we have today would only intensify the questions and the humility that the presence of innumerable worlds evoke. No matter how many stars we see in a clear mountain sky, we know now that they are but a miniscule fragment of the total population of suns and planets in the billions of galaxies out there in the incomprehensible void.

The only things in my life that compatibly exist with this grand universe are the creative works of the human spirit. After eighty years, I scan a long perspective. I think of a mantra of Gaelic origin given me fifty years ago by Ella Young. It echoes everything I believe:

I know that I am one with beauty

And that my comrades are one.

Let our souls be mountains,

Let our spirits be stars,

Let our hearts be worlds.